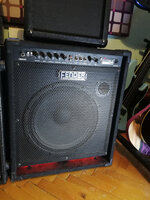 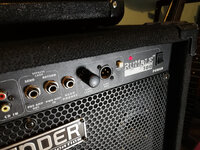 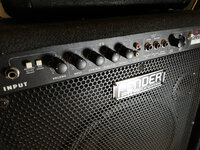 Fender Rumble 100 Bass Combo Amp
The Rumble 100 combo is the “Big Daddy” of Fender’s new Rumble Series, and – for good reason. Featuring 100 watts of power being delivered via a Fender Special Design 15 in. speaker and horn, the Rumble 100 produces more boom for the buck than any other combo. Its killer tone can be shaped via its Bass, Treble and two Mid controls, including a Mid Scoop control for thumb-style slapping and popping.